Is Self-Expression a Spiritual Endeavor?

Self-expression is a display of your personality. It’s having an awareness of you and your YOUness from within and expressing that in your life. Expressing yourself is how you share yourself with the world.

Authentic self-expression is how people get to know the real you, and it allows you to develop closer relationships with people, be accepted for who you truly are, and ultimately live a life of freedom because you’re clearly being you.

When you are expressing yourself, people see your true personality, your individuality. People can feel your true character and spirit, which is as unique and individual as you are.

We often hear people discussing the importance of authenticity. It’s important to be authentic and just as valuable to express that! Our Fresh Tracks podcast guest this week, Lola Wright, talks about authenticity, self-expression and the important role being you plays in society as a whole.

Self-expression is about more than authenticity. It’s being authentic and not hiding it. Self-expression requires self-esteem and confidence to show and express yourself, no matter who’s around or where you are.

As teenagers grow they often try on different hats on the road to discovering who they are. There is a certain point in early middle school where each of my kids discovered their taste in music. You could see them trying on different genres to see which they preferred, and what response they got from others to each genre. We frequently see people expressing themselves boldly with tattoos and piercings, words, clothing, hairstyle, music.

Be aware there is a fine line between expressing yourself and the “look at me” syndrome, which is based in external validation rather coming from an internal, soulful power.

It can be said that we are always expressing ourselves, even if it’s something we may not want to be expressing, such as lack of power or hiding. The more connected we are with ourselves the more authentic our expression is. By not expressing yourself you are denying the world your beautiful bright light. The song of your soul.

Sharing yourself fully is a spiritual endeavor, offering the world your generosity, authenticity, and pureness of spirit. The world is craving your authenticity and what’s needed of you is to express who you are. Unashamedly. Proudly. Boldly.

I have spent way too many years of my life not feeling confident or comfortable enough to express myself. Feeling like it was more important to fit in and be like everyone else rather than be myself. I conformed rather than expressed.

Are there places in your life where you don’t feel you are safe to express yourself? Are you holding back or doing what you think is the right thing to do rather than expressing yourself?

Simply ask yourself the questions and be aware. Listen. How DO you choose to self-express?

Having a difficult time seeing the truth for yourself? A Spiritual Coaching Session with Kelly will do just that for you. Schedule one here now.

Working with The Laws of Sacrifice and Non Resistance

Do you have a higher calling but keep avoiding it? I bet you can share many reasons why you haven’t stepped into your higher calling yet. For example…..

It’s illogical. It’s way above your skill level. It’s risky. You are comfortable right where you are at. It’s too big. You aren’t ready.

Let’s take a look at how Fresh Tracker Lisa stepped past her Edge and into her higher calling of running for House of Representatives.

Situation Overview
Lisa’s Fresh Tracks journey involved letting go of long-time, comfortable relationships, not resisting going where she was being led, and taking time to listen to honor her inner voice.

Lisa’s business had come to a slow yet definite stop. An empty nester, her three kids had launched and for the first time in her life she had time to focus exclusively on herself. Her daughter was newly married and her twin boys had graduated college and were on their own. Although her business was slow and her life was busy, at this major turning point in her life she felt change was afoot and took some time to focus on herself and how to get her 20 year public relations business back on track.

Consequences of Ignoring the Longing
In spite of the outer turmoil she was experiencing, Lisa began to focus her attention on something she always knew in her heart she would do – run for office. Yet the thought of doing it all just made her head spin and she sat on her desire by keeping busy and focusing on everyone else. Because she wasn’t growing, she began to shrink. The shrinking was reflected in her business results and her stress level.

Lisa had always longed to run for political office. An active member of both the community she lives in and the public relations community she works in, Lisa didn’t see how she could make the time or space to run for a political office. She needed to get her business back into profitability and make a living before stepping into such lofty ideals!

Lisa shares that the transition was hard. She resisted letting go of large parts of her life that she loved so much. Her turmoil in how to move forward running for office while getting her weakened business in the black resulted in her keeping one foot in her old world and sticking one toe in the new.

Working with the Law 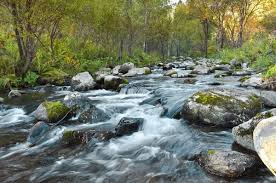 In order to make time for a campaign Lisa realized she needed to let some things go. The first were her close ties to the public relations community. Scaling back on networking events and leadership seemed counter intuitive since she was striving to gain more clients not less. She had many long-time, supportive friends there that had been a point of joy for decades. Her first reaction was to work more because her business was slow, which is the opposite of scaling back on networking.

The Law of Sacrifice states that to have something of greater value in your life you must be willing to give up something of lesser value. In this instance it was community.

The other Law in play here is the Law of Non-Resistance, which states that whatever you resist, persists. Lisa was resisting pursuing her higher calling because of what she perceived to be more pressing needs.

Results
Lisa tells me that once she really let go things immediately started falling into place. First of all, in spite of cutting back on her PR community, her business picked back up – and she hired several contractors to do much of the work, giving her time to focus on campaigning.

While Lisa does spend much less time attending many of the networking and social events she attended for decades, yet she doesn’t feel like she’s completely lost the friends or the connections she was so fearful of losing. She shares that she has, in fact, gained new friends with similar passions as she runs for office. Letting go of her old community freed up the space to create a new community that is in alignment with her higher calling of being elected to the House of Representatives.

Belief – Scarcity of time. Resisting following intuition because of “logic”.

Practices leading to change – Let go of old relationships. Changed focus on use of time.